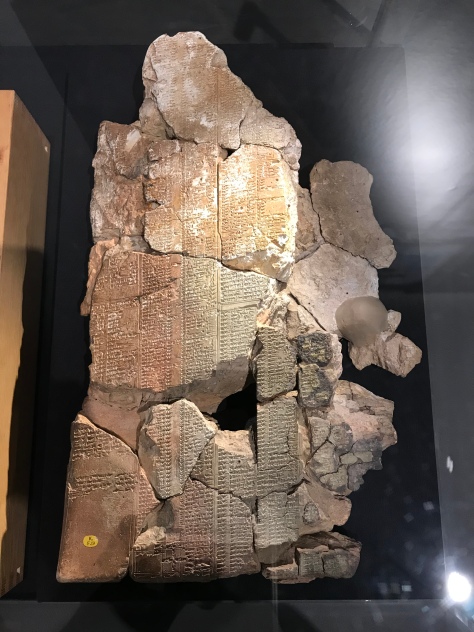 “By faith Moses, when he had grown up, refused to be known as the son of Pharaoh’s daughter. He chose to be mistreated along with the people of God rather than to enjoy the fleeting pleasures of sin. He regarded disgrace for the sake of Christ as of greater value than the treasures of Egypt, because he was looking ahead to his reward. By faith he left Egypt, not fearing the king’s anger; he persevered because he saw him who is invisible.”  Hebrews 11:24-27

How hard it is to look ahead. How impossible to live in the light of the heavenly kingdom, without a major change in our character and soul. We are earth-bound creatures still. We have the whole council of God in the Holy Scriptures- old and new testaments, and yet we find it so difficult to commit time to study the precious Word, that we would know God more.

Moses had no such access to Scripture, and yet he saw the Lord and the coming kingdom. He had none of the written promises, and yet he believed so vehemently in the God of heaven, that he rejected the glories of the world of mighty Egypt and chose ignominy with God’s oppressed people.

Moses made mistakes and committed great sins, but his heart belonged to God. He was brought up to embrace the many false gods of Egypt, but when he realised the truth of his heritage, he left the worldly glory behind to follow the true God who spoke to him. He spent years in the wilderness, trying to reconnect with himself and God and to try to find another way of life. God led him out from there to be a leader of God’s people.

Moses left Egypt in disgrace and knew he could never go back. He burned his bridges so that he would serve God alone. He turned his back on privilege and was counted with slaves and the rejected people of God. He left his wealth and prestige behind to lead the wandering people of God across the wilderness. His eyes were fixed on a future kingdom. Egypt would fail because it was a human empire based on power and oppression. The kingdom of God is found through the grace of God alone. There is no earthly privilege here, and the promise is hardship and suffering in this world. But to step for even a moment into the promised land, is sheer delight.

Moses left all he knew in this world, for a land he couldn’t see. And yet he did see it through the eyes of faith. It is the same for every saint and follower of God. This is the mind set that God looks for and blesses. It is not a human attitude, but is found in those who seek God and put faith in Jesus Christ. The Holy Spirit dwells in the heart redeemed and forgiven and His holy work is seen. Those who are in the kingdom of God see Him in the inner eye of the soul. As we read the Word of God and think on its message and meaning, we see Jesus more and more clearly. As we desire Him, so we follow and obey and adore.

This is faith. Every Christian has this faith. Without it, we cannot please God. With it we can conqueror strongholds. With it we can turn our back on sin and self and live a life pleasing to God.

Let us lift our eyes to see it….

A place to avoid at all costs Daughters of the kingdom End times God of failure Gospel comfort Gossip High and lifted up In the twilight Jesus the Lord Martha Message of warning Raging monster Sarah Seamless Skipping Solace Song of Songs The Christian life The Code according to emoji The glory of God The gospel call The kettle The Kingdom of GOD The voice The world's stew Uncategorized Understanding Who is it? Women of Grace Words from Someone