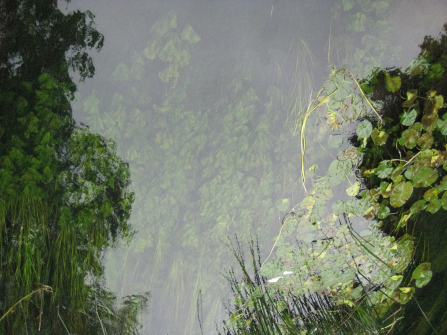 These words are written by someone who has been very aware of their need for mercy. This sufferer has been brought low and has called out to God from the depths. God has heard their cry, their prayer for relief, and has answered them. This is a Psalm of deep gratitude towards a loving God.

2 Because he turned his ear to me,
I will call on him as long as I live.

The writer promises total, life-long devotion to the God who has saved him. Because God has answered this man in his distress, he is now a devoted follower and set on maintaining a deep relationship with God until the end of his days.

3 The cords of death entangled me,
the anguish of the grave came over me;
I was overcome by distress and sorrow.

The Psalmist has suffer profound despair. He has gone down into the depths of the grave and the grip of sorrow has completely got the better of him. His whole mind and heart has been overcome by anguish and he has sunk into a place beyond suicide- a place of abject fear.

In the middle of this distress, the writer calls out to God. He speaks few words. Three words that show his deep need and his understanding that no one can save except the Lord. The brevity of his prayer shows his faith in the one who can save him.

5 The Lord is gracious and righteous;
our God is full of compassion.

The Psalmist calls out, because he knows what kind of God is the Lord. The God of all things, who made all things and upholds all things, is total compassion. The writer knows that God is more ready to save than he is to call out! He understands the holiness of the Lord, and the freedom God has to forgive, change and save those who call on His name.

6 The Lord protects the unwary;
when I was brought low, he saved me.

The Psalmist admits his own naivety and his own disability to see the trouble coming. He does not recognise the signs in his life and becomes trapped in the vortex that leads him down to depression and a low mood. He trusts himself into the hands of God who knows all things and knows that when he is low, the Lord rescues him.

7 Return to your rest, my soul,
for the Lord has been good to you.

The deliverance of the Lord brings a state of rest. When the writer sees the work of God in his life, he is glad and full of joy. He sees how God works in his life and understands the ways of God, and so rejoices in the goodness of God.

8 For you, Lord, have delivered me from death,
my eyes from tears,
my feet from stumbling,

The Psalmist has been in the throes of deep depression and death has hovered at his door. Perhaps he is worried that his heart will give way under the anxiety of his thought processes. Perhaps he is afraid that God will judge him and that he does not really belong to the Lord. Perhaps he is terrified that he will die at his own hand in a moment of weakness. But the Lord has dried his tears and has instructed him again in the Way of peace, and he has been delivered. This is true deliverance, because God deals with the inner fears and the spiritual dilemmas which lead to distress. The psalmist’s feelings and doubts are dispelled and he is set strongly, on the right path again.

9 that I may walk before the Lord
in the land of the living.

This is the purpose of all suffering and heartache. That God might teach us to walk uprightly in a holy fashion, before His gaze. The Psalmist walks before the Lord. His eyes are upon him, and as he walks he stays in the land of the living. God does not require death in the face of mental struggle, and we are required to walk this earth in the presence of the Lord.

10 I trusted in the Lord when I said,
“I am greatly afflicted”;

The psalmist unpicks his experiences and thought processes. He examines himself and analyses the whys and wherefores of the trial he has been through. He discovers that when he admits his illness, he is actually trusting in the Lord. There are illnesses that are very hard to face. Illnesses that carry social stigma and periods of great sorrow and pain. The Lord requires some of His children to suffer mind illness and walk the pathways of deep suffering. This is called “the valley of the shadow of death” in other psalms. The intricacies of that place are very hard to face up to. Sorting out what is true and what is false, is very difficult and takes a long time. The writer turns to the Lord, and acknowledges his suffering and leaves the reality of it in the trustworthy hands of his God.

When the grip of fear had taken hold of his soul, his verdict on human behaviour and society is that it is false. He sees people as untrue and unreliable. When or minds are working fast and the self-analysis is oppressive, we see our own faults in other people. When the mood is low, the mind tends to see everything as a negative. The analysis against ourselves, becomes a mind-set. The fact that the sufferer sees things negatively, is not necessarily untrue, but the processing of thoughts need to be carried out in the light of God and His love. At certain points for this man, he has taken on board the thought processes of paranoia, and this has dragged him down into the negativity. But something pulls him up..

12 What shall I return to the Lord
for all his goodness to me?

His eyes are lifted from the people and things of this life, and he focuses his gratefulness on the Lord. He speaks a rhetorical question. What can he give to God to pay Him back for all He has done for him in his life? God’s goodness is unfailing to those who walk in His ways. The Lord will not stop being good, even in the depths of despair.

13 I will lift up the cup of salvation
and call on the name of the Lord.

The psalmist has grasped the remedy. He is going to exalt the fact that he is a follower of the Lord, and has been saved for death and hell, by his loving God. He is going to call on God. This is the key. The sufferer turns their eyes from themselves, and focuses on God, not in a vague way, but rejoices in His person and what He has done. Intercessory prayer is a most wonderful activity, and lifts the soul out of themselves and into the presence of God. This is the perfect remedy for paranoia and negative thinking.

14 I will fulfill my vows to the Lord
in the presence of all his people.

The writer has made promises to God and has bound himself to God’s ways and Holy commandments. He is determined to keep those promises and to do so in the sight of all God’s people. This is no hidden activity, but is a sign and a signal to everyone that the sufferer’s testimony is true. No one can refute the work of God in a person’s life, and for an acute sufferer, the way is no less.

15 Precious in the sight of the Lord
is the death of his faithful servants.

The thought processes that lead to thinking about death, are never far away. Death hovers over all our lives, but the depressive thinker, experiences it more. This is not necessarily ungodly, and it is wise to consider what we do in the light of our end. But here the Psalmist is rejoicing in the fact that when God’s people die, it is a most precious moment to Him. Those who serve faithfully and live lives of faith and sacrifice, are monuments of love in His eternal kingdom. Only a loving God can turn death to life.

16 Truly I am your servant, Lord;
I serve you just as my mother did;
you have freed me from my chains.

How wonderful to know that we belong to Him and are His servants- not servants, but friends. This writer has had a godly Mother, and his remembrance of her, stirs him to follow closely with his Lord. He has seen the effect of a godly life in his Mother, and knows what it is to be free from all hindrances and forces that would hold him back from doing the will of God. Only God can free a person from chains- body, mind, soul…

17 I will sacrifice a thank offering to you
and call on the name of the Lord.

The only response to this freedom and liberty is further sacrifice and further praise to the mighty God who can set people free from all prisons. Prisons of the body and of the mind.

18 I will fulfill my vows to the Lord
in the presence of all his people,

Again the writer is concerned to do all the Lord requires of him and to be seen to do it. It is the Lord, who puts such motivations in the human mind, and it is His power that will bring the work of His people to full fruition.

19 in the courts of the house of the Lord—
in your midst, Jerusalem.

This service and dedication and devotion will carry on past this life and into the next. The people of God wills see each other’s work and will rejoice for ever. There is no slavery of pressure in serving the Lord, but only Praise. Praise is the state of the heart of every Christian and chases away the enemies of depression and mania. This dear believer has left us this record…

A place to avoid at all costs Continue to do right Coping with trouble and getting out of it Daughters of the kingdom End times God's light God of failure Going on Gospel comfort In the twilight Jesus the Lord Martha Mercy failure? Message of warning Perceptions Raging monster Sarah The Christian life The glory of God The gospel call The kettle The Kingdom of GOD The race for life The voice The woman The world's stew Troubles Unrest Who is it? Women of Grace